Obituary for John A. Daly Sr. 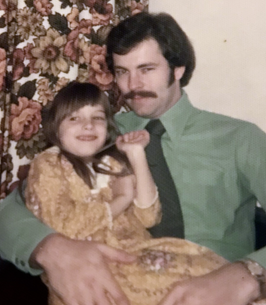 In 1983, John was elected Alderman in the City of Oak Forest, serving the 4th Ward until 1989, when he became City Administrator. John became Administrator for the Village of Orland Hills in 1994. A past Chairman of the Chicago Southland Convention and Visitor’s Bureau and member of the Southwest Conference of Mayors, John also chaired the South Suburban Mayors and Managers Association’s Management & Finance Committee from 1996 until he retired from the Village in 2015. John was first elected to the South Suburban College Board of Trustees in 1991 and became Vice-Chair in 1994. He was re-elected five times and served there until the time of his passing.

John loved the game of golf, recording two holes-in-one. He also enjoyed coaching and supporting his children in all of their activities. As a friend, mentor, and public servant, John influenced the lives of countless people. His warmth, humor, and positivity will be missed by all.

“You only go around once.”

A Celebration of Life will be held Monday November 29, 2021 at Ravisloe Country Club, 18231 Park Ave. Homewood, IL 60430 from 5-8 P.M. with a service of remembrance at 5:30 P.M in person and Livestreamed. In lieu of flowers, donations to the John A. Daly Memorial Scholarship Fund through the South Suburban College Foundation would be appreciated.